The United Nations senior envoy in Somalia on Monday called for investments in security and institutions to help stabilize the Horn of Africa nation.

“We must maintain this to invest in security, institution building, revenue generation, economic development and drought response,” Keating said during the inauguration of HirShabelle President Mohamed Abdi Ware.

He said the key to progress is not external support but the Somali leadership and ownership, as well as determination to resolve conflicts and differences in a peaceful manner.

The UN envoy said progress requires all Somalis of good will to come together to defeat those who use ruthless violence to achieve ideological goals.

He said the inauguration ceremony took place when the country is still reeling from the twin bombs in Mogadishu on Oct. 14 in which 358 people lost their lives and several others injured, affecting everyone.

He said Somalis can honor the victims of Oct. 14 by working together in a spirit of unity to accelerate human security for all Somalis.

“Political leaders have an opportunity and responsibility to role model this, whether they are in government, civil society or the private sector. The common good must override factional and personal interests,” Keating said.

The UN envoy said the response to the attack has been an inspiring demonstration of unity, starting with the bravery of first responders and local people, and embracing civil society, the local authorities, NGOs and business, the Diaspora and international partners.

“The deaths of so many people must not be in vain,” said Keating.

He said this moment of national solidarity can be used to advance the agenda that all Somalis so badly need and deserve to counter and defeat violent extremists, to strengthen national institutions that can provide basic services to people including justice, health and education, and to create jobs.

Keating said the attacks came at a time when Somalia has been making remarkable progress. Mogadishu is being transformed for the better. “The federal state architecture has been put in place,” he said. 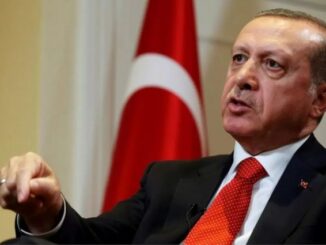 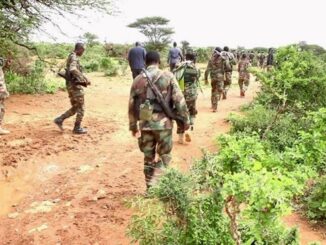 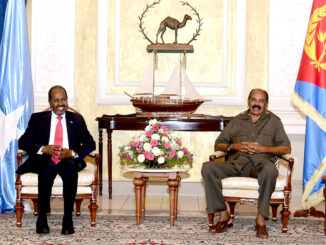