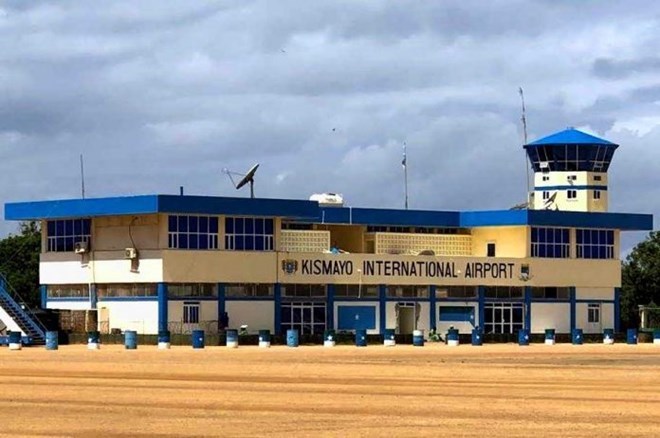 MOGADISHU (HOL) – Somali Civil Aviation Authority has suspended all flights to Kismayu in an apparent move to block politician intending to attend the inauguration of Jubbaland state president Ahmed Madobe.

The move comes barely a day after authorities at Aden Adde Airport in Mogadishu barred former President Sheikh Sharif from boarding a flight destined for Kismayu.

Airline officials told HOL the aviation body had directed them to cancel plans for flights to Kismayu from ‘today (September 23) to September 26’.

The decision is among a series of government actions aimed at penalizing Madobe whom Mogadishu accused of forcing his way to power ‘against the election rules and federal guidelines.’

The Federal Government directed early this month all local and international flights heading to Kismayu to stop at Mogadishu before proceeding to the coastal city in a move seen as denying the Madobe administration revenues from the airlines.

Responding to the decision to block Sharif yesterday, former president Hassan Sheikh Mohamud said the government was using the airspace which it now controls after 30 years struggle to return it to Somalia’s hands for political ends.

‘It’s sad situation the government uses the management of the air space as a political weapon that can have a serious ramification on the political stability and the unity of the country,” the former president said.